Plans had been made the previous evening to take SYL up Pipe Creek, an area they can easily access with their shallow draft while most people have to visit by dinghy. Rusty and Linda were kind enough to host everyone aboard and show us around these new-to-us islands. 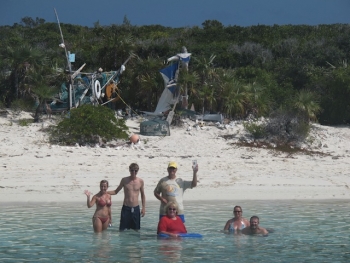 The “Texas Navy” at Flotsam Beach 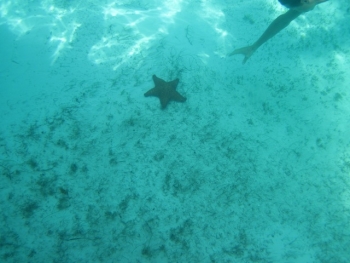 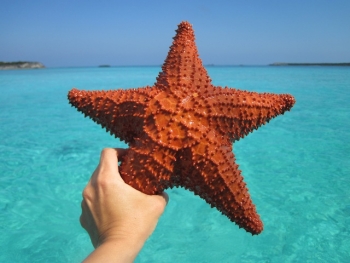 “Lone Star” shining out of the water 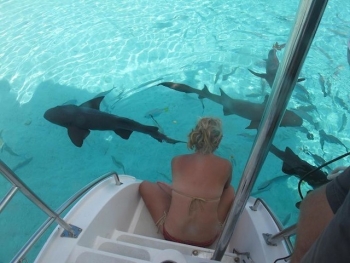 Christie and her new friends 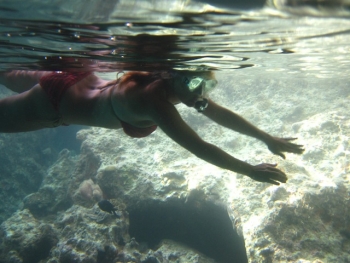 Christie gliding through the Grotto 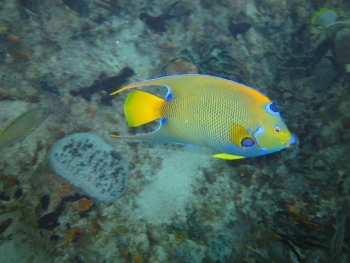 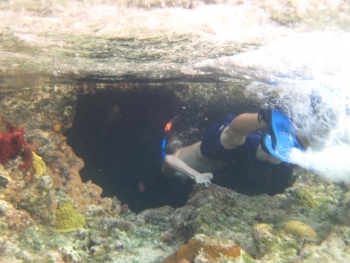 Matt swimming into one of the underwater entrances to the grotto 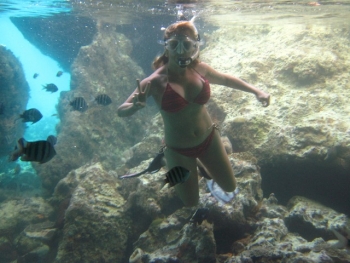 Peace to all our fishy friends

The evening wound down with an excellent steak and fish dinner prepared by Shane aboard his catamaran, s/v Guiding Light. Since he and SYL we’re rafted up (tied together swinging on just Guiding Light’s anchor) it was an easy step across to watch “The Illusionist” on the projector screen aboard SYL. There was no need for the A/C tonight as a cool island breeze whispered through the boat as seven content sailors relaxed after a hard day’s work.

Inside Our Floating Home